A bumper crowd and eight feisty teams enjoyed a remarkable tournament at Castle Hill Cricket Club today. An extraordinary mix of weather which included some pretty grim showers could not dampen the fun. Or indeed spoil the appetite, as marvellous home made cakes and sandwiches made for a Sunday afternoon treat of a tea.

Certainly the tea was of the highest order but alas today our players fortunes were mixed.

Of our two sides the Castle Hill Reds sparkled intermittently with some fine bowling by Archie Steddon, Ollie Paler and Elliot Freeborough; and super stroke play by Archie Steddon, Ben Perry and  Johan Jackson being especially noteworthy. Also there was some exceptional fielding by all with special thanks to the Ongley Dellar’s for putting their bodies on the line.

A special mention must go to the power hitting of Ollie Paler. The high energy and exciting play off game against (inevitably) Castle Hill Blues saw Ollie lash out with power and panache.  Ollie targeted the short boundary aggressively and so he sent the ball crashing through and over the boundary cones with amazing regularity. Ollie will certainly have bragging rights over his team mates for plenty of weeks to come!

Meantime the Castle Hill Blues scored big in each of their four games with Hugo Firmin, Aston Burford, Charlotte Ward and Alec Stephen doing well with the bat. The Blues also had their own big hitter with Henry Parton thwacking the ball over the boundary line to build some very impressive totals across his games.

The Blues bowling was full of passion though occasionally a little wild so the wide deliveries did mount up. Nevertheless the team stuck to the task and did well in the field with Rafe Rayment bowling with pace and taking a super catch. A won one lost three record for the day seems harsh on the team who did play with spirit and commitment.

A reminder that the Castle Hill CC U9 softball festival is taking place at the club tomorrow/today from 1.30pm to 5.30pm.

Everyone is welcome to come along and see 4 matches taking place at the same time.

Refreshments are available and the bar will be open! 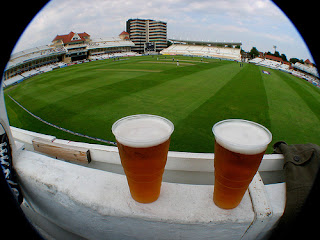 Success at Robertsbridge for the U9's 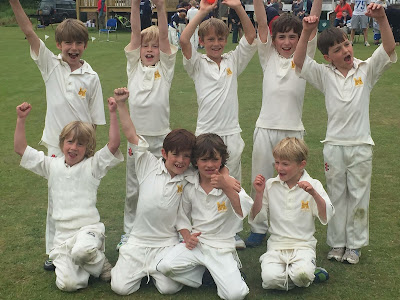 The boys played beautifully winning their league group and beating Robertsbrige in the final in front of a vocal home crowd. Captaincy rotated between Robert Vizard and Harry Leach who each led the team well.The dull and cloudy weather conditions were in stark contrast to the power hitting and pace bowling display of our boys.There were some stellar performances with the bat - boundaries flowed - with very high scoring partnerships in each match from Robert Vizard/Harry Leach; and Alec Stephen/Henry Parton.Oscar Anderson, Elliot Freeborough, Robert Henderson Pratt, Tom Hobbs and Aston Burford all also played their part with the bat. They showed some strong defensive play and steely resolve to avoid losing wickets and help the team build some huge scores. Also our bowling was excellent. Wickets were taken by most of the boys and the accuracy was really notable. Everyone made it difficult for the opposition to score runs with special mentions to Elliot and Tom.The final itself was an excellent hard fought game with Robert Vizard and Henry Parton scoring big. Aston Burford then bowled with real pace to take 2 wickets, as did Henry Parton. The boys then feasted on the winners cakes with real gusto.Well done U9s, we are all super proud!
Posted by CHCC at 21:40 1 comment: