Castle Hill are the Under 9 Kent Cricket Board Super 8 Champions 2015!

The full squad of 10 each played their part in a really high quality tournament where every opposition team had come through qualifying to reach this finals day.

A remarkable 80 Kent teams entered the competition at the start of the season so to emerge as Champions is a real achievement of which the boys should be very proud.

Hopefully the memory of lifting the trophy will stay with each of the boys. Certainly there were many fine individual "champagne moments":

The team spirit was irrepressible today. The boys played with exuberance and sparkled with a frothing brilliance. They should all be very proud. 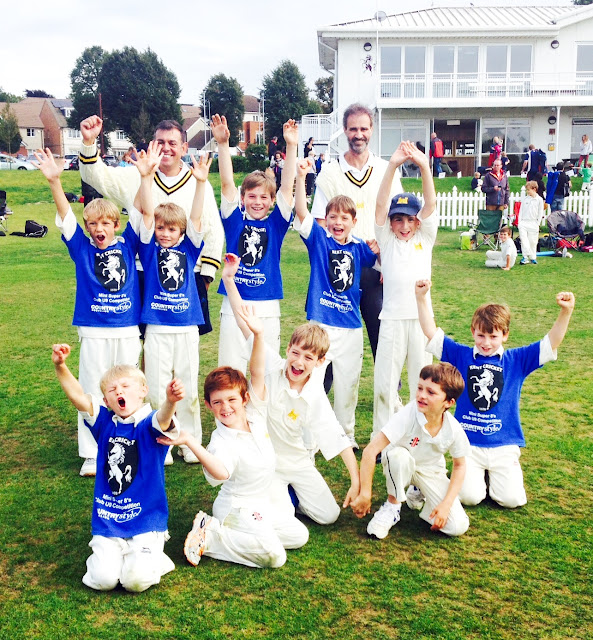 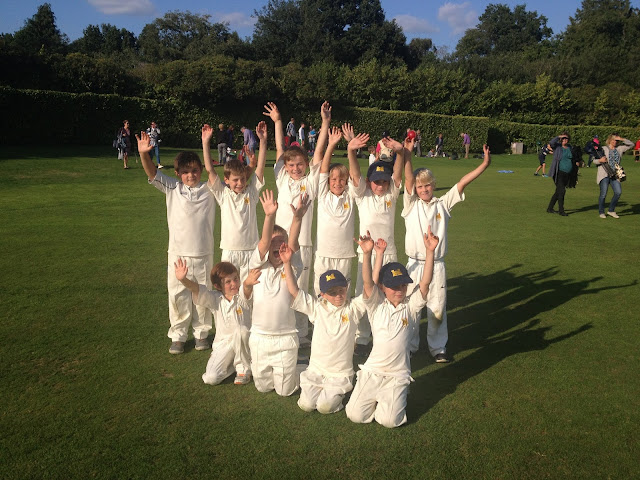 Our team were the top run scoring side in todays Tunbridge Wells festival.

The Castle Hill Under 9s played like true Champions today at a sun drenched Nevill Ground as they competed hard to repeat their previous years tournament win.

The win record of 4 wins and one defeat meant that the boys finished in an outstanding third place overall in this 16 team event. The one defeat came against the eventual winners, Holmsdale - in a tense and very evenly matched contest our boys lost out by just two runs. The drama was amazing and the team effort exceptional.

In the earlier games against TWCC 4 and Linden Park we scored huge totals with the bat; achieving over 270 and then over 280 in each game.

Ferocious hitting in the final overs of the play off game against East Grinstead meant that we could take the field with a solid target  to defend.

Throughout the day the fielding was sharp and athletic, the bowling was tight and nippy whilst the batting was brisk and aggressive.

Of course wining is always a team effort and the consistently high performances today were about the combined effort of the group. The boys played with a real commitment for each other - they were clearly determined not to let each other down.

This passion for the collective cause produced some stellar personal high spots:
The boys should be very proud of their attempt to defend the trophy - the friends and family watching certainly were. Well done team!
Posted by CHCC at 09:06 No comments: