Castle Hill U9s travelled to a sun drenched Beckenham in September as reigning champions, and with high hopes of retaining their Super 8s title.  Whilst there was considerable disappointment amongst the ranks at not winning, to finish 3rd was a tremendous achievement, and proves that, one again, Castle Hill can punch above its weight.  And for the first time, Castle Hill had a second team qualify for the finals day and they finished 12th out of 24, another fine achievement to finish in the top half.

The first team won their group stage comfortably seeing off 5 other teams including 2015’s runners up Plaxtol, who were to end up runners up again this year. The highlight was a spectacular catch by Rafe Rayment, back-peddaling at long leg.   In the quarter finals, they beat Beckenham.  The semi-final was against a very strong Bromley team who restricted Castle Hill to 228, the sort of score which they have defended on a number of occasions in recent years.  Unlike many teams at this age, Bromley did not panic when going about the chase, and as a result crept over the line in the final over.  One wicket would have made all the difference (minus 5 runs) but, sadly for the boys, it did not materialise.

As losing semi-finalists, Castle Hill had a 3rd place play-off against local rivals Tunbridge Wells.  What was most encouraging was how they put the disappointment of the semi-final loss behind them, picked themselves up, and put in a fine display to win the game with balls to space.  The win confirmed Castle Hill’s position as the premier cricket club in this area of Kent at U9 level.

The 2nd team had a very mixed day out in the sunshine, some good performances and fine cricket undone by some rather kamikaze batting and inconsistency in the field.  Having suffered a heavy defeat in the opening match it took the team a little while to get in to their stride and the recovery was led by some great bowling from Finn Lawrence, Ben Anderson and Artie Paice which helped erase the pain of the first defeat.  Over the next few matches there were some notable performance with the bat from Elliot Freeborough, Callum Cox and Ryan Young who helped put some substantial targets on the board.  There were great all round performances with bat and ball from Charlotte Ward, Austin Venes and Ollie Paler which ensured the team kept up the wins through the late morning.

The afternoon however brought some tiredness in to the team and despite a heroic first over double wicket maiden by super sub John Campbell the team were just not able to build on the earlier success, one dazzling hit by Ben Perry which brought out an absolutely astonishing catch in one game seemed to sum up our luck.

Overall this was a fine performance to finish 12th by a relatively young team and good experience that will stand them in good stead next year.

A Kent Cricket video of the event can be found at the following link:  https://www.youtube.com/watch?v=mwKyESrBmX4

Earlier in the summer, for the first time Castle Hill had entered 3 teams into the qualifying stages.  Unfortunately, one club withdrew, which meant only one other club to play, Linton Park.  The tone was set in the very first game by Tom Hobbs clean bowling the first three Linton Park batsmen.  After that, the first team won all their games comfortably, as did the second team, with the exception of one game against the third team when they squeezed home by just 2 runs.  This was due to a fine bowling performance by Lucas Best, taking 2 wickets in the final over.  The third team justified the decision to enter the competition by beating Linton Park and would have benefitted greatly from the experience.

Well done to all and we look forward to seeing you all back in 2017. 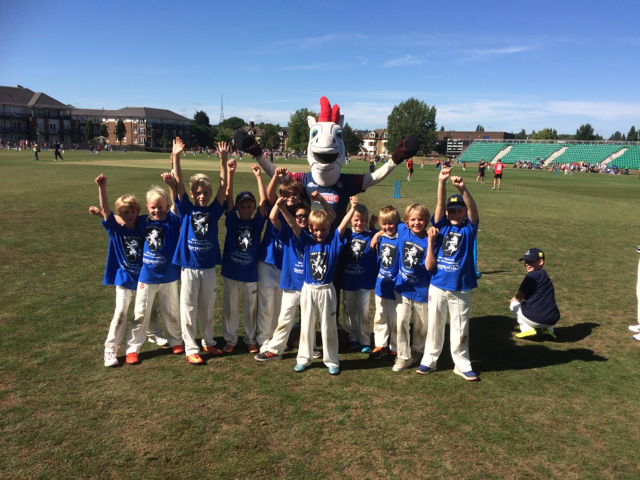 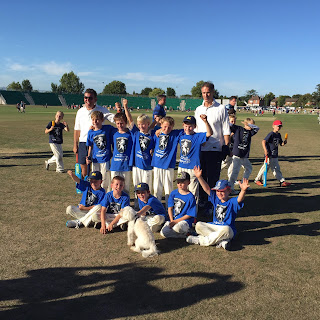